Saturday night was amazing. There are really no words to describe it so far. I ask you to help me with your words.

The night started out with the band Hoi Polloi. Don told me they had not played together for over twenty years. Jimmy McFadden, Tony Winkler and Rick Bell played guitar and sang; Fred DiTomasso played bass and also did vocals. Tony Geddes was the drummer for Hoi Polloi.

They next band to play was Michael Davis and the Bullets. Michael (Kid) Davis was at lead guitar. Bob Bloomingdale played a hot upright bass and did vocals, and Walter Epting played drums

The next band to play was The Nik Everett Band. Nik has a new album available “Summer’s Gone”. Click here to listen to song “Everytime you Build Me Up”. Nik also spent a great deal of time planning the event with Don Bunnell. His website is at http://www.nikeverett.com/ .

Nik was followed by one my favorites, Mark Kenneally. He played with Dr. Harmonica and Rockett 88. Last summer Dr. H. won the National Blues Society Hall of Fame Award after the Riverfront Blues Festival.

Finally, The Blue Rocks arrived. Gary and Wayne Watson played guitar and Randy Coleman played bass. Wayne Beardwood backed them up with a hot saxophone and Chris Sherlock played the drums. Although they had not practiced together for nearly 23 years I believe everyone left feeling like they were home again; back at the Buggy (back in the 80s again. 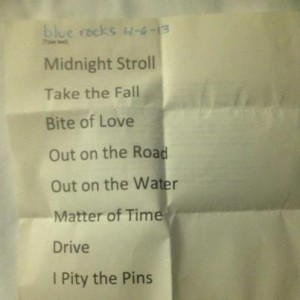 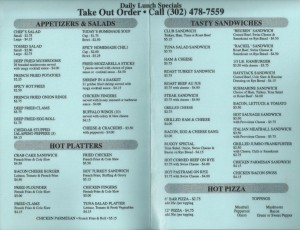 An Oldie But Goodie !!

It is the NIGHT OF THE REUNION. Everyone is exctied. The bands have been practicing and the doors open at 4. WHAT AM I DOING ON THE COMPUTER????