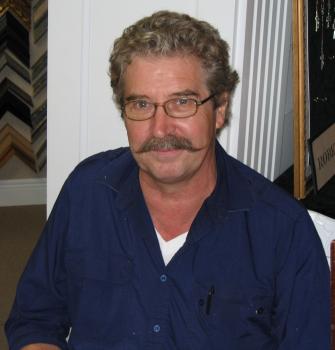 Gary Harrington grew up in Wilmington, but lives in Gulfport, Mississippi now. He is both a musician an artist and quite a wonderful one. When I Googled him (and by the way I am a great Google-er Gary, I was astounded. I found your website and so many amazing Youtube videos I was in awe. It is an honor to add you to my Blog.

I was not aware you had gone to Vietnam and for that I salute you. According to Gary’s Website and I quote him: “heattended the University of Delaware where he mostly took up space. So he dropped out and became part of the Psychedelic Movement of the mid 1960’s, spending a lot of time in New York’s Greenwich Village. He was greatly influenced by Andy Warhol and Peter Max. In 1967 Gary opened the first psychedelic shop in Wilmington, Delaware, where he began making posters, jewelry and assorted pop items.

in 1968 Gary entered the United States Army where he spent two tours of duty in the Republic of South Vietnam as a combat artilleryman. While there he also mastered the art of making something out of nothing in order to survive.”

He opened an Art Gallery in Wilmington. Gary’s studio is now located in Gulfport, Mississippi, where he specializes in new millennium paintings and wood constructed sculptures that reflect life and movement.

You can find most of Gary Harrington’s YouTube video’s on this site although some of them are not by him :

I was so intrigued when I Googled Gary and found so many interesting videos’s of his work containing both great music and art. I have followed his art on Facebook for quite a long time. I was also proud to see that he was a Veteran and has used his work to support the Military. Below you will find some samples of his work.

I think my favorite is:

THE ART GOS ON

I was very impressed with the way Gary incorporated his Military service into some of his art and videos. You will see a few assortment of these below:

The Art of Love and War

Gary Harrington is both a gifted artist, musician and patriot. I salute him. Gina Lobaccaro.