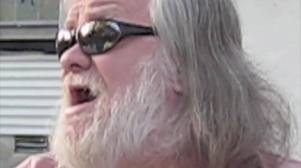 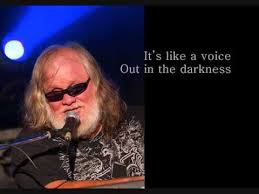 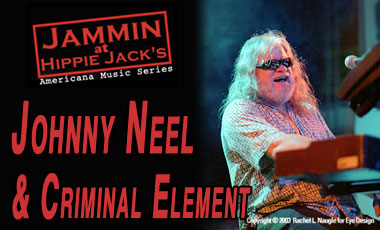 IT AIN’T NO WONDER

Born in Wilmington, Delaware, Johnny Neel blind at birth cut his first single at the age of twelve, as Johnny Neel and The Shapes Of Soul. As an adult, the Johnny Neel Band had a strong following up and down the East Coast and released two well-received independent albums; “One Hot Night& “You Shoulda’ Been There”. Neel moved to Nashville, the premiere song writing city, in 1984. Where he immediately became recognized a session “A” studio player. Others began to notice Neel’s songwriting talent and decided to take advantage by recording his songs on their albums.

Performing with various bands in area clubs drew the attention of former Nashville resident Dickie Betts, who asked Neel to join his road band, and begin working on Dickie’s solo LP for Epic Records. That relationship led to seven cuts on the “Pattern Disruptive” LP including the Top 10 AOR hit, “Rock Bottom.” Neel’s talented keyboard and harp playing on that album convinced Gregg Allman to ask Neel to tour with his road band.

Neel decided to join the reunited Allman Brothers Band, immersing himself in a successful tour, which led to a number one AOR smash hit during the summer of 1990. Car radios all across America blasted “Good Clean Fun”, from the Seven Turns Album, co-written by Neel with Allman and Betts. The chart topping hit provided the reunited Allmans with their highest charting single since “Ramblin’ Man” fifteen years prior. Neel’s songs have been recorded by such artist’s as “Montgomery/Gentry, Delbert McClinton, John Mayall, John Louis Walker and many others…. Johnny Neel is a recipient of the “Life Time Achievment Award” from the 2012 Grammy’s with his work with the Allman Brothers.

In 2000 Neel released “Late Night Breakfast”, which was recorded at his studio, Straight Up Sound Studio, with the members of his band, “The Last Word”, and special guests such as Shane Theriot (The Neville Brothers), Rick Vito (Fleetwood Mac) and Wayne Jackson (The Memphis Horns). This record was released on Neel’s label, Breakin’ Records, which showcased his pleading vocals as well as brilliant piano, B-3 and harp work.

During that same period of time the recordings were made, Neel also became a member of Blue Floyd, a premiere jam band with variations on the material of Pink Floyd. In addition to Neel, band members were comprised of Marc Ford (Black Crowes), Matt Abts (Gov’t Mule), Berry Oakley Jr. (OKB Band & Bloodline) and, the late Allen Woody (Gov’t Mule).

WON’T LAY ME DOWN