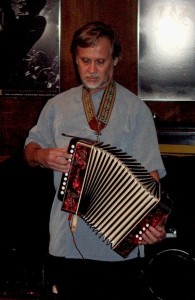 Paul Woznicki put out an album in 1980 called “WOZ”. The record sold all over the world and he sold all 2000 copies. His album was just reissued in October by a record company in New York called WT Records. The album was reissued as it was in 1980 on vinyl. Vinyl is popular again and in fact his record again is being sold all over the world and selling better now then in 1980. He has been doing concerts in Brooklyn and in Chapel Hill, NC in support of the record.

In the 80’s he did a sound track for a horror movie called Fiend. Fiend has become somewhat of a cult film thru Europe and there may be a sound track album coming out from Fiend. Lee Purkis, from England, is working on the project with the film maker’s son, Don Dohler who died a few years ago.

He scored other films and commercials including “Getting Even”, “Routes”, “The Lesson”, “The Frank and Wieners TV show” and “George Stewarts’ “Thoth”.

He has been on a number of different CD projects. One that got some note: The Edge City Collective “Kosmischstrasse” and”Aktivavoco” and most recent Adelante “Breathe”.
He was also involved in a number of different dance projects including Modern-Tap-Ballet-Butoh-Flamenco and Belly Dance. His Gypsy Jazz band has been doing Belly dance show’s because he plays accordion and flute and it is a perfect for the dance.

A LOVELY YOUTUBE VIDEO I FOUND PRODUCED BY “THE WOZ” 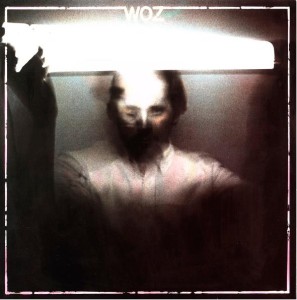 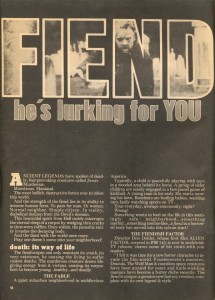 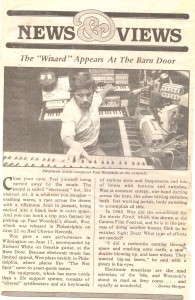 A write-up about Paul’s appearance at one of the bars– The Barn Door. 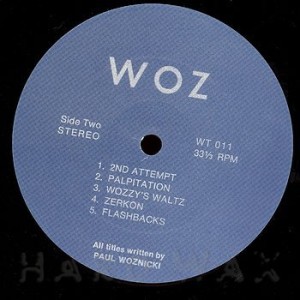 A single Paul had “back in the day”. 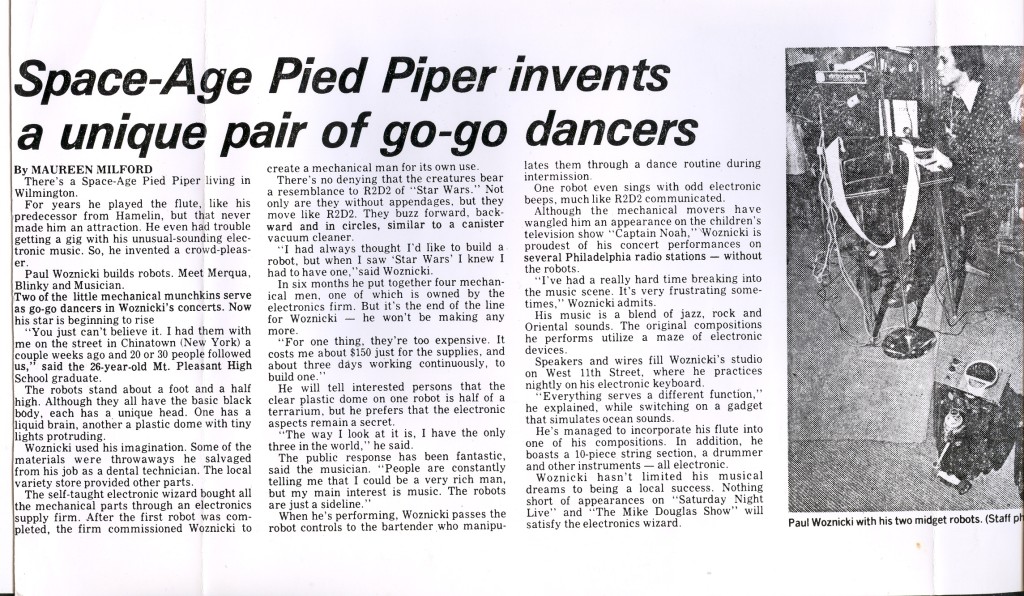 Paul’s robots were written about and became more and more sophisticated. 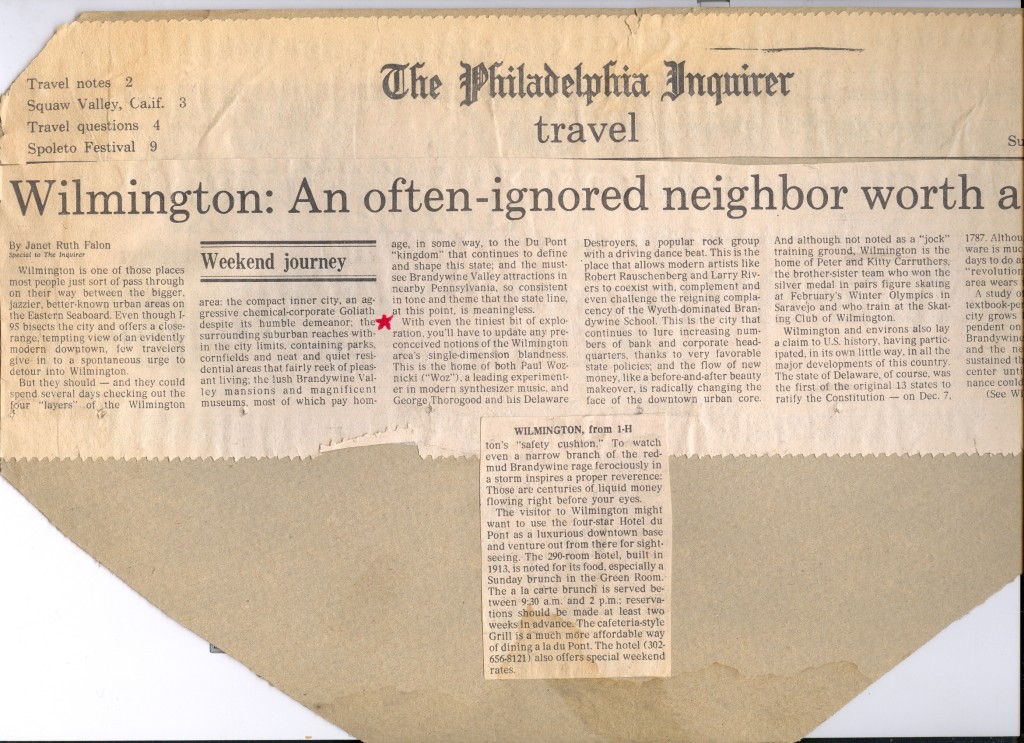 A Philadelphia Inquirer article about the music that was going on in Wilmington in the ’80s. 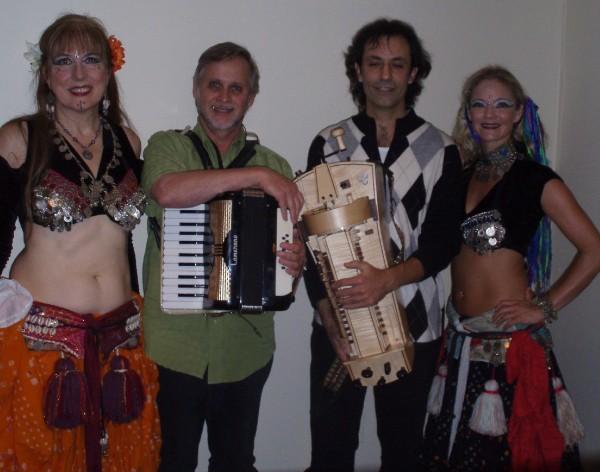